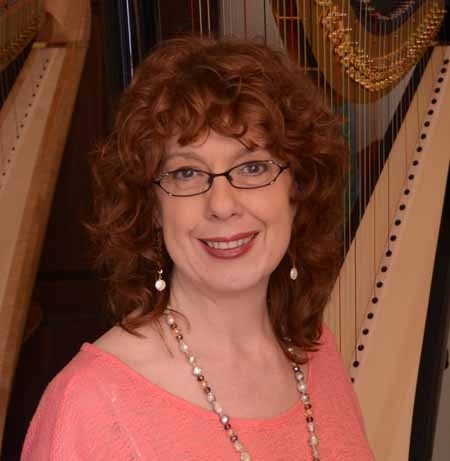 Carolyn Sykes is a native of Melbourne, Australia. In 1976, she toured Europe and Asia with the Melbourne Youth Orchestra. Upon her return to Australia, she helped found Melbourne’s Parkville Music School for Children. Her Australian performances include numerous festivals in Sydney, Melbourne, Adelaide and Hobart. On debut in the United States, she won awards in 1986 and again in 1988 at Lyon & Healy’s International Jazz and Pop Harpfest. As a result, Ms. Sykes received a full scholarship to the University of Arizona, where she studied harp with Carrol McLaughlin. During her summer and winter breaks, she toured around the world performing on cruise ships for Royal Viking Line and Crystal Cruises.

In 1990, she recorded her first album of voice and harp, Tinges of Colour. She has appeared in Massachusetts at the Williamstown Theater Festival and at Jazz in July. She has also appeared at the Soka International Harp Festival and Nippon Harp Competition in Soka City, Japan. Between 1992 and 1995, she performed in the Shoji Tabuchi Show in Branson, Missouri, where she also wrote arrangements and established the company’s music/media library.

In 1998, Ms. Sykes received a Masters of Fine Arts (M.F.A.) in Performance from the California Institute of the Arts, where she studied harp with Susan Allen and was awarded the Harpo Marx Scholarship. Her academic activities included ethno-musicology research in the Northern Territory of Australia, focusing on the songs of native aboriginal women. Ms. Sykes currently resides in Pasadena, California, where she maintains a music studio and teaches approximately 40 students. She serves as a member of the board of directors for the Los Angeles Chapter of the American Harp Society. In addition to solo performances, her recent appearances include recording for the film soundtrack of Paramount’s Rugrats, live performances with Judy Collins and the Torrance Symphony, at the Getty Center Museum with Charlie Haden’s Liberation Orchestra, at the Edinburgh Fringe Festival in Scotland, U.K., with Symphony in the Glen conducted by Arthur B. Rubinstein, with the Long Beach Opera Company, and as part of the New Music Festival of Los Angeles and Green Umbrella Concert Series.